... and some achieve greatness 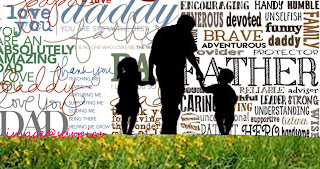 We admire some personalities and want to emulate their traits that make them stand out from rest of the crowd. They, as Aristotle once said, are what they repeatedly do and therefore excellence is not an act but a habit. Lionel Messi, one such great was not born with excellent ankle or magic in his feet but he practiced repeatedly to attain perfection and become what he is, an icon for today’s youth.
Greatness may come in many forms and shapes. During the childhood days I was constantly reminded how great a peer, cousins, a distant relative or someone who did extremely well in a board examination were because of their good grades. It was perplexing whether they were comparing me or inspiring me with the greatness of those young souls. The result sometimes was expending negative energy sulking rather than the much desired positivity to better their feat. All those drama aside, we genuinely felt gratitude for all the kindness and love our parents bestowed upon us.
Those memories could not refrain me from applying this great family tradition on my daughter albeit moderation. I am apprehensive but at the same time cautiously optimistic that my daughter will not turn around to inspire me, maybe to own a brand new Maserati or an approved equal, something way beyond my reach.
Not everyone gets intimidated by such enormity of their goals and on the contrary, they successfully reach out for the sky inking their name in the book of greatness. Growing up to young adults, we found our own inspiration around our everyday life awed by the strength of characters, wisdom and vision. If they did not live among us, they were in our books or other forms of our media. More often than not the inspiration was our parents, teachers, older siblings and most of the times unknowingly.
A casual chat with a few colleagues who never set their feet on the Indian shore made me realize that greatness knows no boundary. I was elated that like millions of Indians they too found inspiration in life and achievements of our national heroes from different spheres. Mahatma Gandhi a motivating mass leader, Swami Vivekananda a spiritual guru, Jamsetji Nusserwanji Tata an industrialist and Sachin Tendulkar a sporting legend are to name a few. We are fortunate to have studied their biography during the early school days. While all of these personalities have inspired me over the years, there has been one solid pillar of strength upon which balances the person I am today.
This personality not only inspired me and my siblings, but his greatness also shone on my cousins and others who came for his guidance or support. The lessons of life that we received from him will not end with us but continue through generations to come. He is none other than my own father whose wisdom, perseverance and strength of character has been exemplary and is undeniably a personality worthy of the tag #madeofgreat.
We were fortunate to be mentored by a personality who lead by example and never preached what he did not practice. Following are some of his traits that have become our life principles destined to forever:
Not everyone is a messiah or for that matter a Messi inspiring and connecting with millions. But strong men and women with clean heart has been visiting this planet every now and then. They touch others in subtle ways as they could and ensure that our world remains a happier place.

"Some are born great, some achieve greatness and some have greatness thrust upon them", William Shakespeare wrote in the Twelfth Night. Not everyone is born great or get lucky to be thrust with greatness but there is no stopping us from achieving greatness.We are blessed to be the children of one such human being and this is my tribute to him for the lessons he left us with for the entire life.

In this blog post on somebody I know who is undeniably #madeofgreat, I am connecting to http://madeofgreat.tatamotors.com/

Answer this simple question and stand a chance to win Amazon (India) voucher worth INR 750/-What do you think of Tata Motor's association with Lionel Messi? 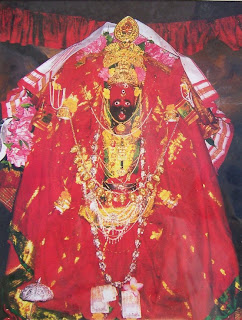 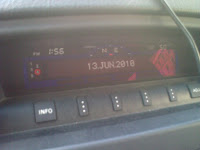 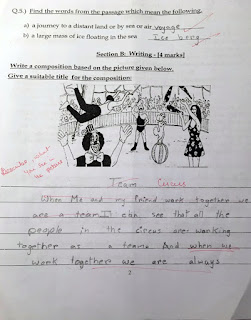