Showing posts from November, 2010
Show all

A morning... A Nokia Phone Camera And Doha Corniche 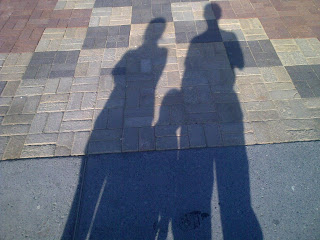 Lets the pictures do all the talking.... the colors do some talking and the shadows do the rest .....
4 comments
Read more

I found these pictures while I was moving through some files while looking for some old documents which I needed badly. These have been lying in a corner in one of my external storage devices. A few years back when I was in Kuwait, I had visited Failaka Islands while we were in the process of designing a Resort. Returning back I had send off some postcards from Failaka to my friends. These were from the good old times when we still used to send letters via emails and have not migrated to the social networking sites. Those were also the days when my camera used to consume film rolls and was yet to migrate to memory sticks. Failaka is a tiny Island and part of the state of Kuwait. When Kuwait was occupied by Iraq, Saddam Hussein’s Iraqi army was stationed there in large numbers. We could still see the marks of their presence after one and half decades of their departure! As the Koreas are planning for something big and ugly after the barrage on the tiny island of Yeonpyeong in the west
3 comments
Read more
More posts