Showing posts from August, 2016
Show all

Organic, Hybrid or GMO.... Its so confusing 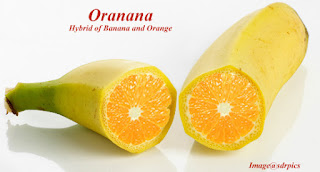 These days while doing grocery, we have started to look for seedless fruits. The seeds are a nuisance inside the mouth and particularly so as one can no longer consider spitting those out in our urban spaces. I am carrying a guilt because of this disturbing trend of laziness. Deep inside I know that seedless variety of fruits being against the rule of nature cannot be healthy. I knew that these are hybrid fruits but not genetically modified and recently carried out a bit of research to understand this better.  I learnt that new varieties are created when compatible plants are crossbred. Sometimes this happens in nature due to cross pollination and sometimes it is made to happen on plantation. Grapefruits for example is a hybrid of a pomelo and a sweet orange which were crossbred on plantations in the 18th century. Oranana along with the above image however, is purely my imagination. In addition to natural and hybrid food, we also have Genetically modified or transgenic foo
2 comments
Read more

Magical Reality ... Real but inside a dream

Dreams are illusion and could also be described as magical realism for good reasons. Although science would love to explain dreams through “alpha beta and gamma” stages of our sleep. I look forward to blog on that aspect at another time but now it’s time for surreal dreams. Like magical realism, in this dream we find distant past present in every moment while the future had already happened. Here the protagonist is part of a dream which might be scary but without a doubt magical. While inside the airport facility in a foreign country, he unintentionally loitered on to the tarmac. He had been following someone who was getting into an aircraft, a smaller one. The realization suddenly struck that this he is in a place that is normally out of bounds and must be illegal. He started to rush back towards the terminal building but could not find the place he exited. From the outside it is so very difficult to distinguish between doorways and glazing, most certainly done on purpose. He
2 comments
Read more 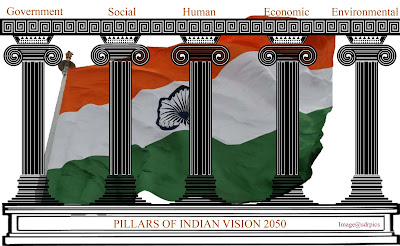 We may be young as a nation as we celebrate our 70th year of independence from the imperial powers. However, this doesn’t make us a new country, one the contrary we have existed for centuries and history bears testimony to the great kings, enlightened sages and people with heart of gold. Unfortunately many among us have started to erode the core values that we practiced and treasured generation after generation . We belong to the land where the code of conduct for the society was governed by compassion even for strangers. We said “Atithi Devo Bhava or Atithidevo Bhava”. This is a verse in Sanskrit taken from an ancient Hindu scripture (अतिथिदेवो भव), which in English translates into  “the guest being equivalent to God”.   Today as we stand saluting our national flag, it quite apparent that noble codes of conduct of our forefather have lost in the pages of history. People have lost humanity. Every other day we learn some gore acts carried out by a common person that makes deeds by
Post a Comment
Read more 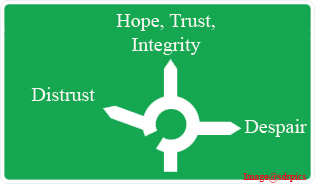 The media seldom portrays the positive side of our society, while in reality good things happen constantly leading to integrity, hope and trust. Through the following narratives, I have shared two of my recent encounters in Kolkata that give rise to hope. Adhaar Card We took the first opportunity to walk up to the bureau office to get our applications through unscheduled registration. We were elated by the professionalism demonstrated by the government officer on duty that day. After waiting for some months and a bit of follow-up the day arrived to get photographed and fingerprints taken. Fortunately for us, it coincided with our vacation time. We were pleasantly surprised to discover everything well organized and there was absolute discipline … an order not too synonymous with our land with billions. Everyone came strictly by appointment.  My daughter and I breezed through the procedure and all waz well till it was my wife’s turn.  Her residence proof document had parental
Post a Comment
Read more 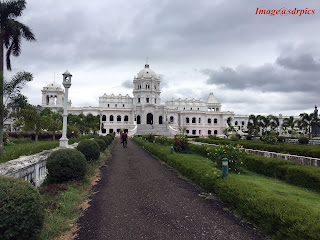 Gymnast Dipa Karmakar qualifies for the finals in the Olympics 2016. She has made us proud and the whole country is looking at her with hope for a medal. She is without doubt the most famous person of the small hilly Indian northeastern state called Tripura. Here I share a few fabulous landmarks from this state which I happened to have visited during July 2016. The ujjayanta palace, the erstwhile home of the royals and currently a museum The South-side gate of the palace On the way to the Neer Mahal or the water palace The Rudra Sagar, which houses the water Neer Mahal Ma Tripureswari one of the Hindu Mythological Pith (holy places) Bhueswari Temple, the original home of Ma. The story of this temple is immortalized in one of Tagore's stories. The story narrates how human sacrifice was abolished by the compassion of little children. you can find more about it in one of my earlier posts here Maa-tripureswari
2 comments
Read more 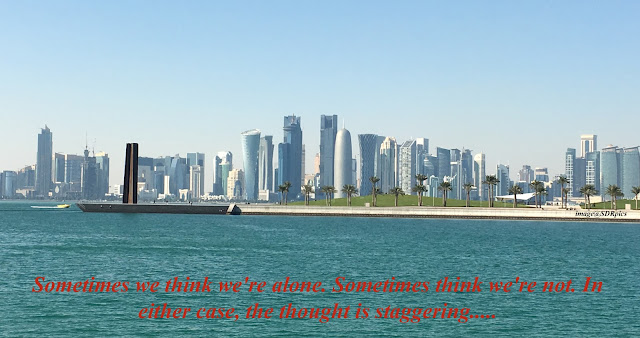 Sometimes we stare at a distant skyline and wonder about life. The thought of extraterrestrial life confuses us as we are unaware of any living beings in other planets of this large Universe. As a matter of fact, no one else knows about their existence either. First I think we are alone and then chuckle to conclude .... maybe not!
4 comments
Read more 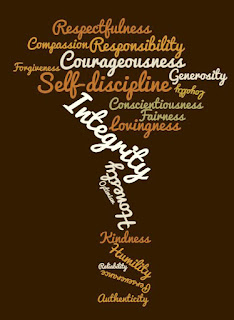 Integrity is the essence of everything successful..... . " I ntegrity for me means adherence to strong moral and ethical principles while conducting our life whether or not other people are watching. " Bucky Fuller’s ( R. Buckminster) statement therefore implies that one has to carry out all life activities within ethical and moral limits to be rewarded with success. Simply put, do good and it'll turn out good! There is no denying of the fact that integrity of character is the minimum one requires for a success story although this not always the most visible trait of successful individuals. There are unfortunately many corrupts who gatecrashed into that league but we can always argue that exception proves the rule. People have changed over the past century and today they are not so keen to retain the moral high grounds. Historian Warren Susman has opined in his book “ Culture as History: the Transformation of American Society in the Twentieth Century ” th
Post a Comment
Read more
More posts