Showing posts from January, 2017
Show all

Republic Day of a Grown Up Nation 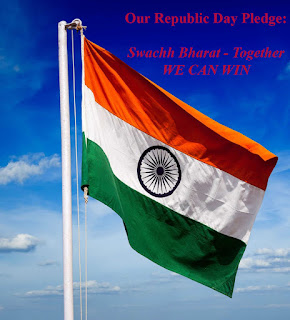 B eing clean is a sign of goodness and spiritual purity and w e need to make our country clean. I believe that the cleanliness drive should start by cleansing our mind and heart before following it through to our surrounding and environment. But before we proceed, let decide to do one another thing .. draw a line. On one side of the line we place our way of life, perception of right or wrong and on the other side our political belief, politics, stubbornness and the likes. Those who fail to have a positive mindset should not be allowed to hold back rest of us from moving in the right direction. One such right direction is the ambitious “Clean India Mission” (Swachh Bharat Abhiyan) launched by the Prime Minister in October 2014. The goal of drastically improving the country by 2019, the 150th birth anniversary of Mahatma Gandhi. It is disgusting to see some citizens including few so called leaders ridiculing this mission because they don’t agree with the ideology of the party
1 comment
Read more

Are you preparing for your 100th Birthday 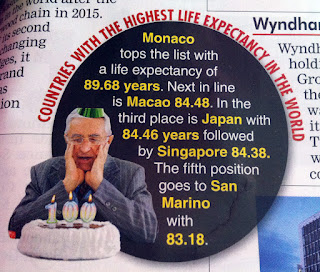 One of these days while browsing a magazine, this small news clipping caught my attention. I made a note of it with my phone cam. Few days later I heard a radio program while in the car that spoke about the same subject. Arguably, o ne has to win jackpot with the right set of genes to live long. It also suggested that one’s lifestyle and geographical location plays equal vital roles. The information available from various sources differed but what I discovered about the world of centenarians is simply amazing. An article published on 12 July 2011 reported that the highest number of centenarians of the world resides in the US . Japan does not have as many centenarians but it has a higher proportion of its population aged 100 years or more. Japan’s average life expectancy of 82.9 years is the longest lifespan among  the OECD countries as illustrated below. On 11 September 2015, Japan Times quoted  Ministry of Health, Labor and Welfare estimating the number of centenarians
2 comments
Read more

Red Carpet: Why you need a face Lift 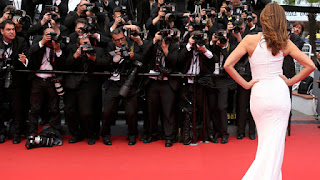 Glamour of The Red Carpet We have grown up seeing red carpets rolled out for VIPs and celebrities at every occasions. But, is the Red carpet red enough or it’s time for a change? I went about digging its past to propose a new future. The earliest known reference in literature according to Wikipedia is found in the play Agamemnon by Aeschylus , written in 458 BC. Clytemnestra , the vengeful wife of  Agamemnon offered a red path to walk upon his return from Troy. Agamemnon, was wary of disrespecting Zeus and his fellow deities by walking on such luxury and responded: "I am a mortal, a man; I cannot trample upon these tinted splendors without fear thrown in my path." In 1821, President James Monroe was honored in South Carolina with a red carpet laid out to the river. Red as a color has long been associated with prestige, royalty and aristocracy and royalty with the passage of time gave way to film royalty. Walking the red carpet became most glorified when the movie
Post a Comment
Read more
More posts