Showing posts from October, 2016
Show all

How is my driving 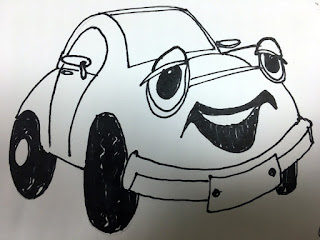 I believe in parallel universe: Multiple versions of us are living in alternate worlds that interact with each other. Nah! I am not going to bore you with quantum theories to explain "multiverse". Rather, it’s quite simple for us to perceive. One world exist in our home, offices, parks or movie theaters while other one could be viewed in its full glory on our roads. Once behind the wheels of those moving metals, each actor has a different character ever ready to clank at the slightest opportunity. I once encountered a driver, who started his argument by accepting he was an idiot while questioning if I did enough to prove my genius. He must have been a lawyer of the Road world and the realization dawned on me that in this parallel world all professions exists. The Professor : When they happen to observe someone break the law, they make every effort to let the errant know that it was wrong. Given an opportunity they give a lecture on it. Makeup Artists :
Post a Comment
Read more 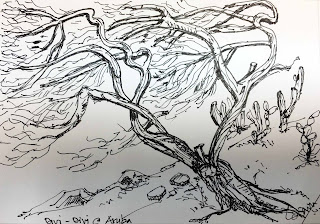 Aruba's trademark: the Divi Divi or watapana tree This is my sketchy sketch version of the famous Divi Divi  tree I chanced once upon a time in the internet. It is found in exclusively in the tiny Island of Aruba, which is 180 square kilometers in size and part of the kingdom of Nederland in the Caribbean Sea.   The Divi Divi tree is Aruba’s natural compass, always pointing in a southwesterly direction.  The local adage is that “if you are lost in the wilderness, follow the bend of the divi-divi trees and they’ll lead you to town”. It is believed that attempts to plant this tree in other parts of the world have proved futile. The cooling wind that gust steadily from the northeast have carved the native divi-divi trees into natural sculptures, shapes that would rival the most artistic bonsai.
Post a Comment
Read more 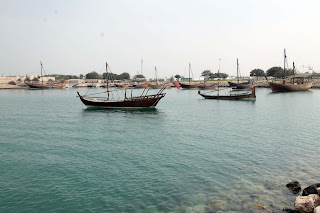 Architecture  isn’t just methodology and science, nor can be practiced as a formula. It’s an opportunity to  infuse emotions to art forms and  create a new reality. Architects'  pencil is a wand that could construct a magical realism, where fantasy seamlessly blends with reality and everyday spaces around us appear different while remaining familiar all the time. The arches winks as it entices you to take the step while the handles of doors reaches out for your touch as you turn it on. W elcome to the magical place where the future has already happened and the past is yet to arrive.
1 comment
Read more
More posts